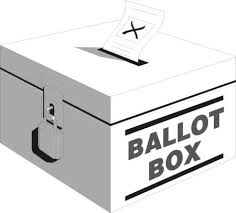 The Council of Australian Postgraduate Associations today welcomed the announcement by the Prime Minister that the Federal Election will take place on September 14th.

CAPA President Meghan Hopper said that the unusually early notice provided for the election meant that there would be plenty of time to debate the issues of importance to postgraduate students and Higher Education professionals.

“We’ve got 225 days and counting to make Higher Education a priority in this election campaign,” Ms Hopper said.

“Deregulation, freedom of research expression, course cuts and the Student Services and Amenities Fee are policy areas that our student representatives have identified as priorities going into this campaign.”

Ms Hopper said that CAPA was looking forward to spearheading its own non-partisan, issue-based campaign around Higher Education, particularly as it relates to postgraduate coursework and Higher Degree by Research students.

“As has been the case in every Federal Election since our foundation in 1979, CAPA will be initiating a non-partisan, policy-based campaign that speaks to the issues that matter to postgraduate students,” Ms Hopper said.

“We’ll be calling upon each of the parties to outline their commitments to Higher Education, and specifically how they will improve outcomes for postgraduates.”

“Like all student representatives, we’re concerned about the future of the Student Services and Amenities Fee under a Coalition Government, and so over the coming 225 days we’ll be continuing to talk about the importance of student funding going to student services and representation,” said Ms Hopper.

“But we also acknowledge that the Student Services and Amenities Fee is not a perfect piece of legislation, so we’re looking forward to a discussion that leads to the legislation becoming stronger, with better consultation and better outcomes for students.” 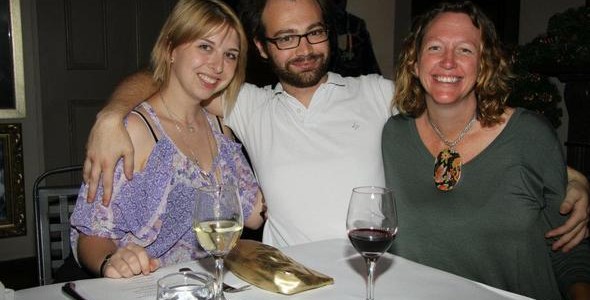 The Council of Australian Postgraduate Associations today mourns the loss of our dear friend and colleague, former CAPA President and National Secretary John Nowakowski, a well-loved and admired advocate in the postgraduate and broader higher education community.

John served with the Council of Australian Postgraduate Associations as our 2011 National President, and our 2010 and 2012 National Secretary. He was also tireless in his representation of postgraduate students at CAPA affiliate organisation Sydney University Postgraduate Representative Association, where he served as a 2010 President and across a variety of other roles in policy and student equity rights. Most recently, he served as SUPRA Vice President – Publications.

All of us on the CAPA Executive and Officer team would like to thank the many members of the student representative community who have contacted us with expressions of condolence and support over the past hours.

John loved CAPA. He was dedicated and passionate in his support for postgraduate advocacy and representation.

The Council of Australian Postgraduate Associations is a better organisation for having been graced with John Nowakowski’s involvement over the past four years. He was a person who truly gave unto others. He is well loved and well missed by all of his many friends and colleagues within our current Executive and Officer team, our alumni, affiliates and friends.

As President, John was known for his grassroots approach. At the commencement of his Presidency in 2011, John undertook to visit each of the Universities across Australia at least once during his term, to meet with their postgraduate students and representatives and to advocate at the source. He only missed one.

John also represented postgraduate students at the highest levels of government and within industry, speaking at many conferences, writing on higher education for a variety of Australian publications, and providing the driving force for our most recent major study, ‘The Research Education Experience’, completed alongside the Department of Industry, Innovation, Science, Research and Tertiary Education.

In remembering John’s love for CAPA and for student representation, it is perhaps best to use his own words. Reflecting in May, 2012 on his many roles within CAPA and SUPRA, John said:

“For me, CAPA began only three months after I began with national politics, and I was quickly swept up into the fascinating world with Tammi (Jonas) and Nigel (Palmer, 2010 and 2007-9 CAPA Presidents, respectively). We were a poor organisation, but a confident and happy one.

“2011 was one of the times in life when I was stretched to my mental limits, pushed physically for a very demanding role, and achieved what I believe were a range of outcomes that were most exciting – two new associations joining, resolving membership at more, working with the government, deans and directors of graduate studies, and students nationally to achieve change and enact policy for the benefit of all.

“The job of President was a job I truly loved, and one I thought I did well.”

John was well known for his active use of social media, where he met many friends and advocated for the many causes about which he was passionate. It is a fitting tribute that social media has been flooded today with tributes for John and his family, from various CAPA alumni, affiliates and friends; representatives of the higher education sector; representatives of the Australian media; and the many other people who came to know and love John throughout his short life.

John passed away in the early hours of this morning, January 15, 2013 at Sutherland Hospital, New South Wales from complications relating to an infection. He was twenty-seven. His family will provide details of a service to remember John within the coming days.