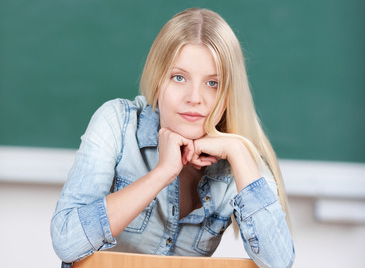 The Council of Australian Postgraduate Associations has tonight welcomed the Government’s announcement of a further $96.7 million over five years toward Commonwealth Supported Places (CSP) for postgraduate and sub-bachelor courses, but has called on Universities and the Government to ensure that an even number of the University-negotiated places will go to postgraduate students.

“This Budget promise will result in 1,650 extra Commonwealth Supported Places each year from 2014 to 2017 within Government priority areas such as teaching and language courses, fields in which many are undertaking postgraduate study,” said Ms Hopper.

“However, it is up to Universities to individually negotiate the distribution of these places, and this leads to questions around how many of these places will find their way to postgraduate students,” Ms Hopper said.

“We are worried that there may be a tendency to overwhelmingly favour funding of sub-bachelor places as part of a move to encourage students into further undergraduate study, with the result being that the postgraduate spaces we have the potential to fund under these Budget increases, will be neglected,” said Ms Hopper.

Sub-Bachelor qualifications are courses which may lead to undergraduate studies, including Diplomas, Advanced Diplomas and Associate Degrees.

“Coursework postgraduate students were already left behind by the mid-year budget review announcements, which resulted in long-awaited support for living expenses being pushed back by several years,” said Ms Hopper.

“It is important that Universities ensure that negotiations result in an increase to postgraduate Commonwealth Supported Places, and that postgraduates do not get left behind again,” Ms Hopper said.

“This funding increase also fails to address the lack of parity in FEE-HELP funding which fails to adequately fund the full fee amount for postgraduate qualifications such as the Juris Doctor,” said Ms Hopper.

“One of the pressing concerns amongst the postgraduate coursework student population is that FEE-HELP does not fully cover the Juris Doctor, resulting in students having to make bulk payments at the conclusion of their studies,” Ms Hopper said.

“This poses very obvious equity concerns around the ability of students from low-SES backgrounds to undertake courses such as the Juris Doctor, something which the extra funding for postgraduate coursework places in the Budget fails to address,” said Ms Hopper.

The Council of Australian Postgraduate Associations has welcomed a number of measures in tonight’s Federal Budget that improve funding for the research sector, but has cautioned higher degree by research students not to forget the cuts to research within the recent mid-year budget review.

“Tonight’s Budget has seen a number of positive steps for research funding, including $135 million over five years to extend the Future Fellowships scheme – providing a further 150 fellowships – and $186 million over two years to fund the operation of research infrastructure under the National Collaborative Research Infrastructure Scheme,” said Ms Hopper.

“However, no Higher Degree by Research student has forgotten the $1 billion that was cut from the sector as part of the mid-year budget review, with the majority of that cut directly impacting Australia’s researchers,” Ms Hopper said.

As Professor Sandra Harding, Chair of Universities Australia, noted in her address to the National Press Club last Wednesday, universities and students lost a further $1bn in funding just over six months ago as part of the mid-year budget review process.

“The cuts to higher education funding as part of the mid-year budget review in December 2012 included $500 million from programs supporting research excellence, as well as the end of funding for large, nationally significant research projects and programs,” said Meghan Hopper, President of the Council of Australian Postgraduate Associations.

“CAPA welcomes the announcement in tonight’s budget that the Government will contribute further funding to key research schemes, but they do not add up to the amount lost in the mid-year budget review,” said Ms Hopper. 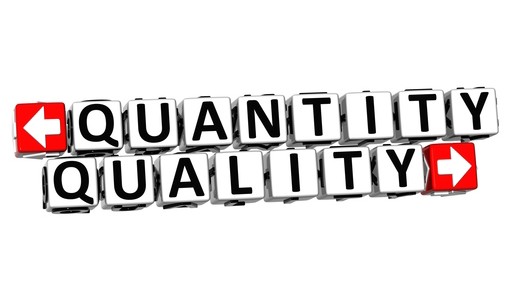 Tonight’s Federal Budget speech from Treasurer Wayne Swan was one that focused on the importance of education to the national economy, but failed to address concerns that the Government’s current approach to higher education is one of quantity over quality, the Council of Australian Postgraduate Associations has said.

“In tonight’s Federal Budget speech, Wayne Swan promised to deliver a stronger, smarter and fairer Australia, one which invests in education and training, in boosting productivity, protecting and creating jobs, and growing the economy – but he failed to reconcile these promises with the Budget’s cuts to the higher education sector, a sector that provides toward all of these objectives in spades,” said Meghan Hopper, President of the Council of Australian Postgraduate Associations.

“To the Council of Australian Postgraduate Associations, there is one other fact that is very simple – you cannot achieve a smarter Australia and a world-class economy, without a world-class higher education system,” said Ms Hopper.

“While the Treasurer is quick to point to steady increases in funding to higher education over recent years, these increases have been directly tied to dramatic increases in student numbers – an extra 149,000 Commonwealth supported university student places in 2013 compared to 2007,” said Ms Hopper.

“Tonight’s Budget includes cuts of $2.3 billion to the higher education sector, including $276 million by removing discounts on upfront HELP payments; $900 million in “efficiency dividends”, which Vice Chancellors across Australia have warned will go straight to teaching and education quality; and close to $1.2 billion on converting the Student Start-up Scholarships into an income contingent loan program,” said Ms Hopper.

“The conversion of start-up scholarships into loans in particular will have a real impact on students deciding whether to undertake further tertiary study, including postgraduate study – a lot of students will be asking themselves whether it is really worth all of the extra debt,” said Ms Hopper.

“We’ve also had tax claims on education expenses capped at $2,000, something which disproportionately affects postgraduate and Higher Degree by Research students who are often required to up-skill or to undertake international travel as an integral part of their research,” Ms Hopper said.

“What these cuts result in is more students, receiving a lower quality of education, a lower quality student experience – and that’s not what higher education funding should be about,” said Ms Hopper.

“With the Government investing $9.8 billion toward the Gonski reforms over six years, what this effectively means is that a quarter of the funding toward primary and secondary education improvements, is coming from our already desperately under-funded higher education sector – literally robbing Peter to pay Paul,” said Ms Hopper.

“What this Budget fails to realise is that when you provide funding to generate world-class primary and secondary students, many of those students are going to inevitably expect to go on to a similarly world-class tertiary education – and that simply won’t exist if we continue to fund our higher education system at 24th place out of the world’s 29 developed economies,” said Ms Hopper.

“The Treasurer has told us tonight that building a smarter nation means building a skilled workforce and a strong, productive and resilient economy. You simply cannot achieve any of these goals without a strong higher education system,” said Ms Hopper.

The National President of CAPA, Meghan Hopper, has revealed that despite writing over four weeks ago to request a meeting with Macquarie University’s Vice Chancellor, Bruce Dowton, to discuss the University’s dispute with MUPRA, the Vice Chancellor’s office had failed to respond.

“The Macquarie University Vice Chancellor’s failure to respond to a simple request for a meeting with the national representative of postgraduate students, is symptomatic of that University’s ongoing disregard for student representation,” said Meghan Hopper, President of the Council of Australian Postgraduate Associations.

“There are no more ifs or buts about it: the administration of Macquarie University does not believe in democratically elected, independent student representation and it’s a stance that CAPA firmly rejects,” said Meghan Hopper, CAPA President.

“When Macquarie University forcibly wound up the undergraduate association her in late 2012 and announced that they would replace democratically elected student representatives with a selection of students hand picked by them to “advise”, we were concerned that the same fate would befall MUPRA and now our fears have been realised,” Ms Hopper said.

“At CAPA, we have no time for bodies that purport to be representative of students but are in fact made up of students ‘cherry picked’ by University Administration to agree with them,” Ms Hopper said.

“CAPA stands firmly behind MUPRA and its 2013 President, Tim Hendry. We will not recognise any other body as the representatives of postgraduates at Macquarie University and we will continue to work with Tim to ensure that the postgraduate voice at Macquarie is represented,” Ms Hopper said.

Macquarie University Postgraduate Representative Association has compiled a list of facts of the University’s dispute with them.

“The Council of Australian Postgraduate Associations will today launch a petition and letter writing campaign, letting Macquarie University know that their continued campaign to silence the voice of their students is not on,” said Ms Hopper.

The President of MUPRA will meet with the Macquarie University Provost on May 6th for a “hearing” to determine the future of MUPRA.

On the CAPA letter writing and petition campaign (online from the morning of May 2nd):